Another card is out for Infinite Ignition, this time with a new Link-1 monster that grants your Xyz monsters protection, due for release in a new campaign promotional pack! 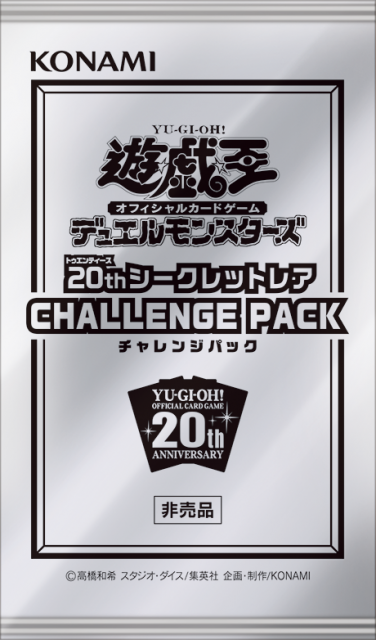 As part of the 20th Anniversary on-going campaign, a new “20th Secret Rare Challenge Pack” has been announced, with the campaign starting from February 23, 2019. By purchasing certain amount of Yu-Gi-Oh! OCG products from participating official stores, you will receive a pack. 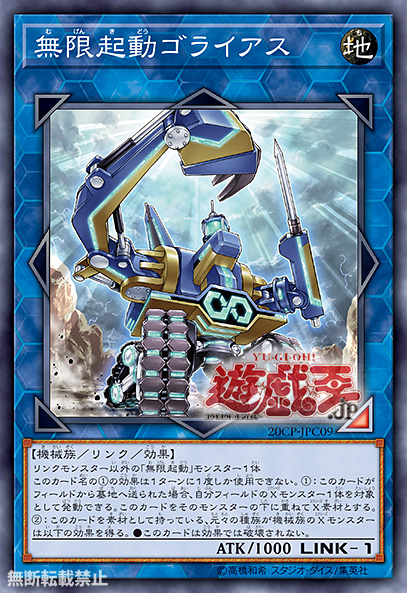 Mugen Kidou Goliath (Infinitrack Goliath)
EARTH Machine Link Effect Monster
LINK-1 ATK1000
Link: Bottom Right
1 “Infinite Ignition” monster, except a Link Monster.
You can only use the 1st effect of this card’s name once per turn.
(1) If this card is sent from the field to the GY, you can target 1 Xyz Monster you control; attach this card to that monster as Xyz Material.
(2) While this card is attached as material, an Xyz monster whose original Type is Machine gains the following effect.
• This card cannot be destroyed by effects. 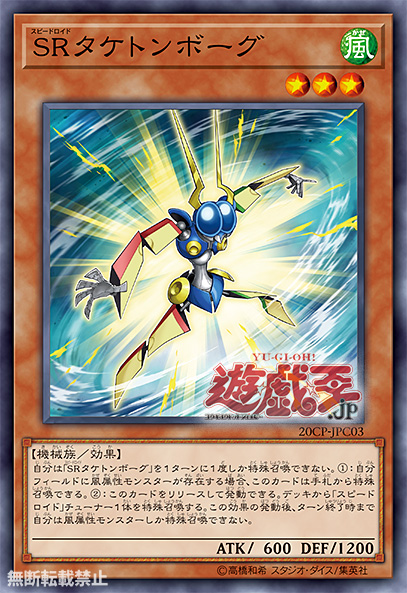 Speedroid Taketomborg is reprinted inside the pack as a Super Rare. 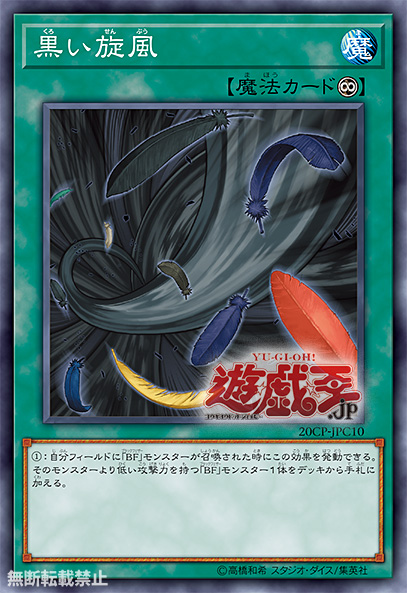 Black Whirlwind is also reprinted inside the pack as a Super Rare.

Translated by The Organization
Source from YU-GI-OH.jp