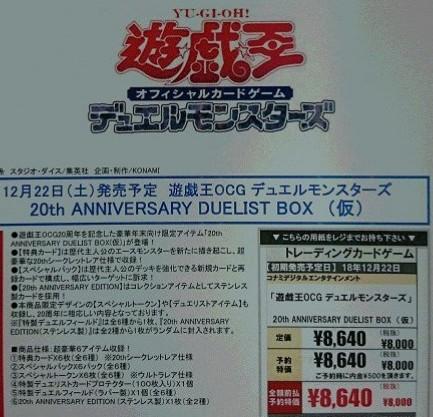 The additional info are as follow:
The previously mentioned 20th Secret Rare Special Promotional cards will be alternate artworks of the 6 protagonist ace monsters!

Also, the 6 Special Packs will have new cards and reprints for the 6 protagonists’ decks, aimed at strengthening their decks.

Lastly, “Special Token” and “Duelist Item” limited to this product will be included.