The next promotional pack “20th Secret Rare Final Challenge Pack” has been announced! Similar to the previous 10,000 Card Types Memorial Special Pack, this promotional pack will be released together with Eternity Code, where you will receive 1 pack for every purchase of 1 box of Eternity Code!

Pack details:
– Each pack will contain 1 card
– 10 Card Types (Each type will be available as Secret Rare or 20th Secret Rare) 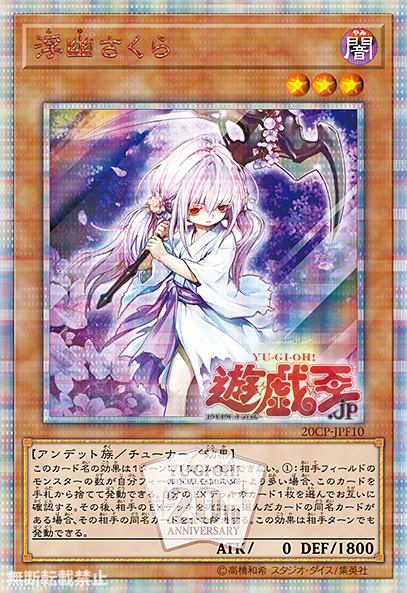 Ghost Reaper & Winter Cherries is confirmed to be inside, with a revelation of which she looks like as a 20th Secret Rare.

Aside from her, Shooting Quasar Dragon & Cyber Dragon Infinity are also confirmed to be inside the promotional pack. More details will be released at a closer date.