This year’s Collector pack is seriously turning out to become a Collection Pack. A new card has just been revealed for the pack and it’s an alternate art version of Five-Headed Dragon! 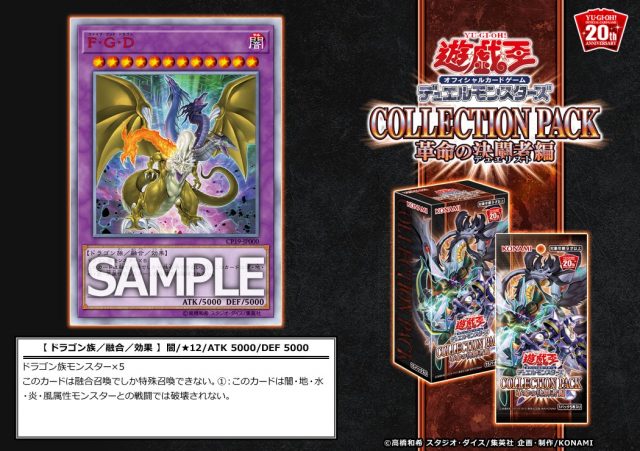 This new alternate art for Five-Headed Dragon will be included in the Collection Pack: Duelists of Revolution as a 20th Secret Rare.

For those of you who can’t remember it’s effect, here it is.

Ｆ・Ｇ・Ｄ (Five-Headed Dragon)
Dark Dragon / Fusion Effect
LV12 5000/5000
5 Dragon-Type monsters
Must be Fusion Summoned, and cannot be Special Summoned by other ways. Cannot be destroyed by battle with a DARK, EARTH, WATER, FIRE, or WIND monster.