A new Battlewasp card has been announced, though the actual card effect is still pending at the moment… 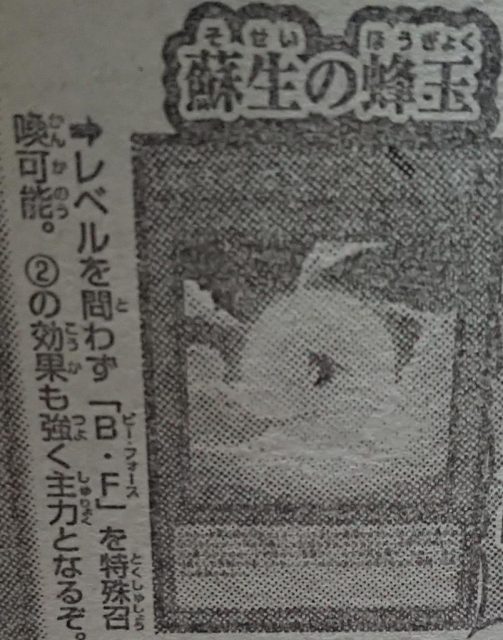 Sosei no Hougyoku / Jewel of Bee Rebirth (OCG) / Revival Swarm (DUB)
Normal Spell
[Target 1 “Battlewasp” monster in your GY; Special Summon it, but its effect(s) are negated, also it cannot be destroyed by battle or card effect(s) this turn.]
(Anime effect)
Actual effect not available due to the low quality image.