A new Evil Eye has just been announced which revives itself to bring out your boss monster easier! 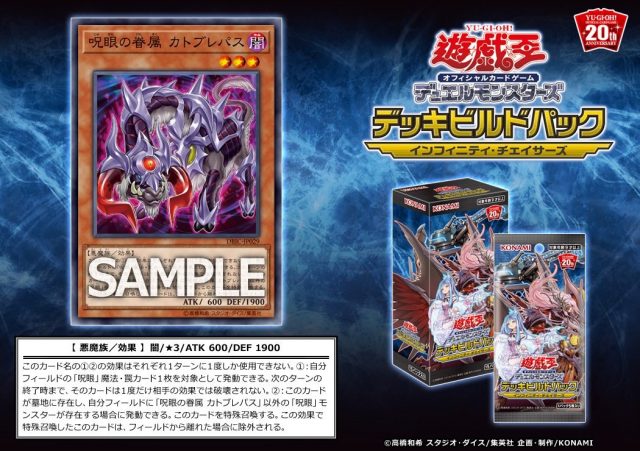 呪眼の眷属 カトブレパス Jyugen no Kenzoku Catoblepas (Catoblepas, Retainer of the Evil Eye)
DARK Fiend Effect Monster
LV3 600/1900
You can only use each effect of this card once per turn.
(1) You can target 1 “Evil Eye” Spell/Trap you control; until the end of the next turn, the next time that card would be destroyed by an opponent’s effect, it is not destroyed.
(2) If this card is in the GY, and you control an “Evil Eye” monster, other than “Catoblepas, Retainer of the Evil Eye”: You can Special Summon this card, but it’s banished if it leaves the field.