The Rank-Up Magic for the Infinite Ignition (Or should I say Infinitrack) have just been revealed and it’s a permanent spell that also protects your Xyz monsters from targeting effects! 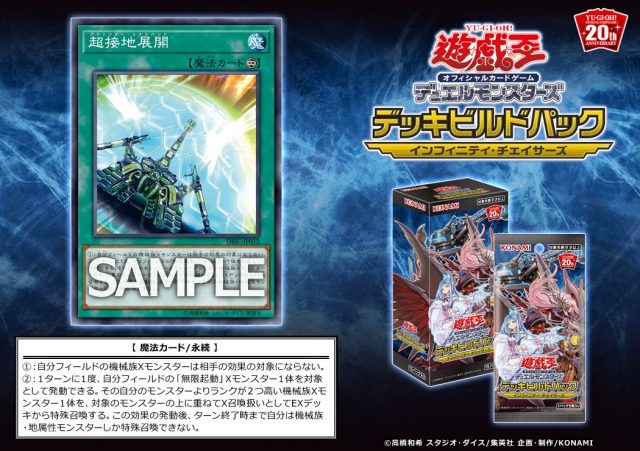 Note: This is the card that the previously revealed (Infinite Ignition) Infinitrack Cancer Crane searches for.