Due to Chi Hang’s standings, and the system’s tiebreakers, he, unfortunately, fell to the 9th placings and was hence not featured in our YOT Asia Premier Top 8 Decklists.

However, due to popular demand, we at BeyondTheDuel decided to deliver. 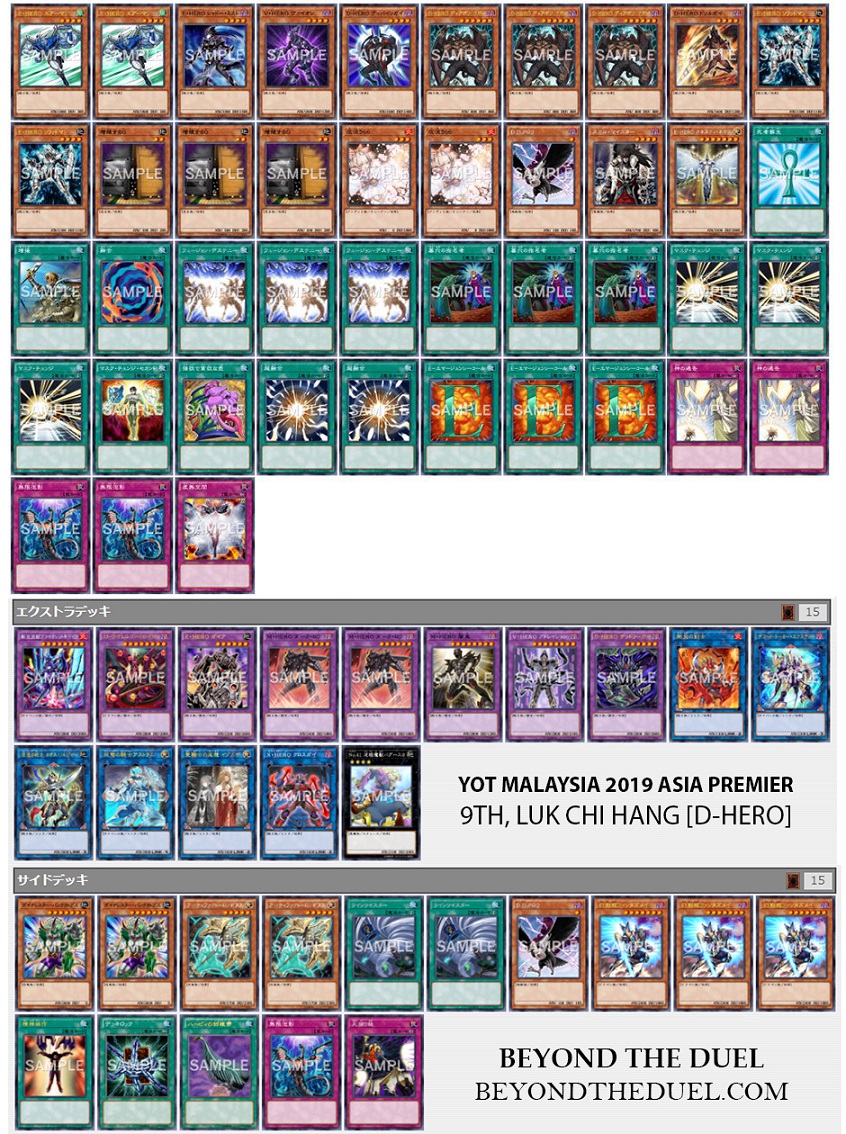 Unfortunately for Chi Hang, he drew terribly for his first game of the finals, with three Called by the Grave in his hand. For his second game, he was disrupted by his opponent and was unable to build his board.

Looking at the deck assembled by Chi Hang, it may seem that the deck has close to no ability to have access to Mask Change; due to the fact that “A Hero Lives” is not being included in the deck. But having just “Fusion Destiny” and “Mask Change” in your starting when going second will ensure you an OTK almost every single time. The main aim of this deck is not to use Shadow Mist‘s effect to search for a Mask Change. Rather, you are to send it to the graveyard via Fusion Destiny to use its effect to search for Solidman, then follow up your plays for Vyon, getting you a field of four HERO boss monsters, with an impressive 8800 damage totalled up to pummel down on your opponent. Thus Mask Change is maxed out alongside with a single copy of Mask Change Second; so as to reduce the reliability to search for them via Shadow Mist.

With the newly released Dragonstorm Return in RIRA, one can also consider the option of Allure of Darkness instead of the riskier Pot of Desires.

To learn more about combos related to Destiny Heroes, we have done up a youtube video recently which you may find inspirations in learning how to play this deck.