Danger! got a new card as expected, but it isn’t an Extra Deck monster… It’s not even a monster! It’s a new field spell! 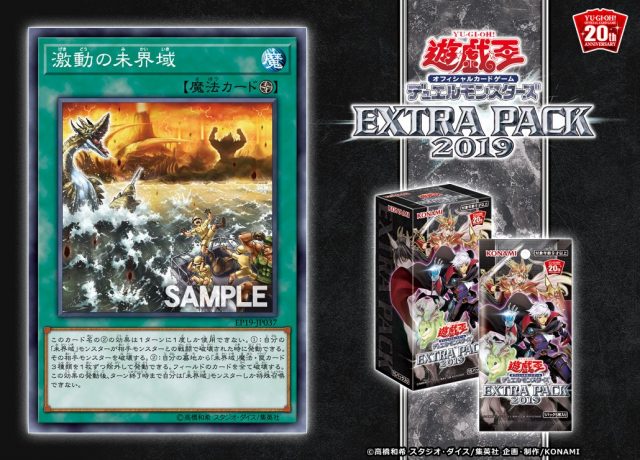 激動の未界域 Gekidou no Mikai’iki (The Turbulent Lands Unknown/Danger! Disaster!)
Field Spell Card
You can only use the 2nd effect of this card’s name once per turn.
(1) When a “Danger!” monster you control is destroyed in battle by your opponent’s monster: You can destroy that opponent’s monster.
(2) You can banish 3 “Danger!” Spell/Trap Cards with different names from your GY; you cannot Special Summon monsters, except “Danger!” monsters for the rest of this turn, also destroy all cards on the field.