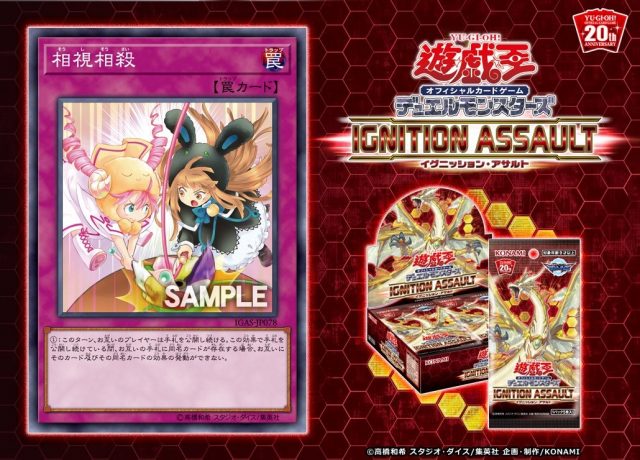 Note: This card’s name sounds like Mutual Love (相思相愛), but it reads as basically “The opposites glance at one another”. Or “Both glance and cancel out”. We went for a “Concept of the Idea” name than trying to translate it literally. Something like “Dead Heat” or possibly a Mirror based phrase might also work.