More @Ignister cards are out, this time with a support spell revealed! 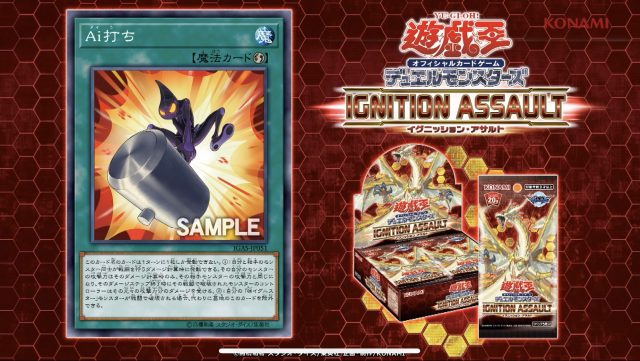 Aiuchi (TA.I. Strike)
Quick-Play Spell Card
You can only use a card with this card’s name once per turn.
(1) If your monster battles an opponent’s monster, during damage calculation: have your battling monster’s ATK becomes your opponent’s battling monster’s ATK (during that damage calculation only), and if you do, at the end of the Damage Step, each player that controlled a monster destroyed by that battle takes damage equal to the original ATK of the destroyed monster they controlled.
(2) If your “@Ignister” monster would be destroyed by battle, you can banish this card from your GY instead.

Note: Aiuchi is a typical move where you take out your opponent by KO-ing yourself as well, a double knockout. But the card has to reference Ai’s name.

Source from OCG Official YouTube
Translated by The Organization