[IGAS-TCG] Guard Ghost, Feedran, the Winds of Mischief & Execution of the Contract 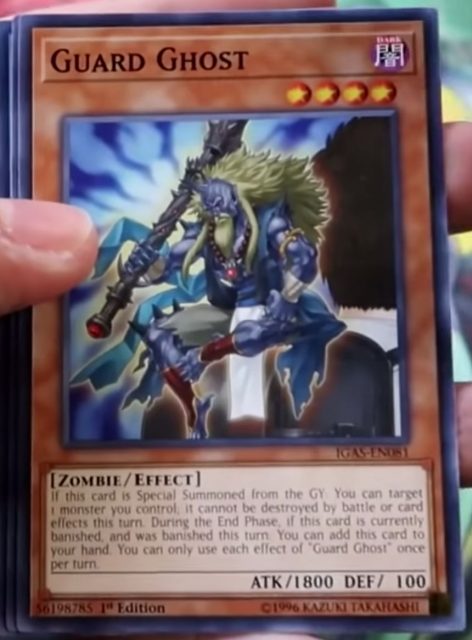 Guard Ghost
DARK Zombie / Effect
LV4 1800/100
If this card is Special Summoned from the GY: You can target 1 monster you control; it cannot be destroyed by battle or card effects this turn. During the End Phase, if this card is currently banished, and was banished this turn: You can add this card to your hand. You can only use each effect of “Guard Ghost” once per turn. 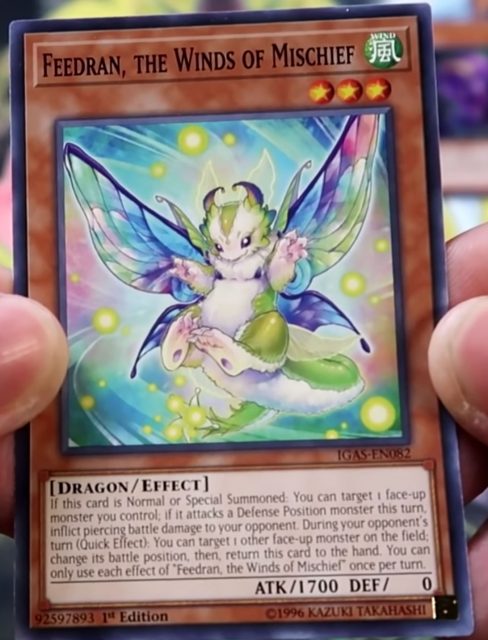 Federal, the Winds of Mischief
WIND Dragon / Effect
LV3 1700/0
If this card is Normal or Special Summoned: You can target 1 face-up monster you control; if it attacks a Defense Position monster this turn, inflict piercing battle damage to your opponent. During your opponent’s turn (Quick Effect): You can target 1 other face-up monster on the field; change its battle position, then, return this card to the hand. You can only use each effect of “Feedran, the Winds of Mischief” once per turn. 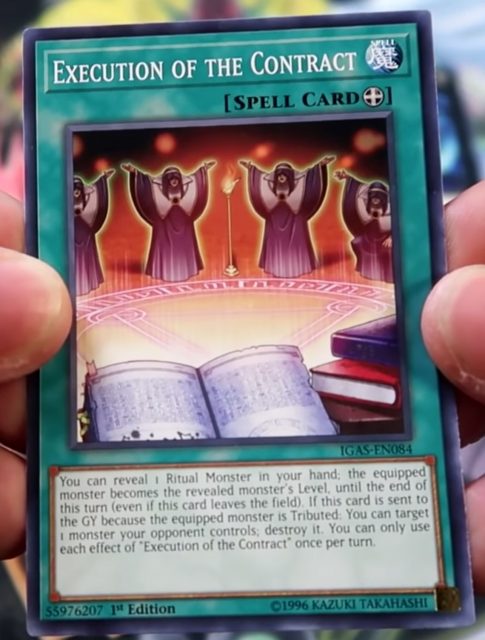 Execution of the Contract
Spell Equip
You can reveal 1 Ritual Monster in your hand; the equipped monster becomes the revealed monster’s Level, until the end of this turn (even if this card leaves the field). If this card is sent to the GY because the equipped monster is Tributed: You can target 1 monster your opponent controls; destroy it. You can only use each effect of “Execution of the Contract” once per turn.