Are you a fan of Insects? Or maybe you have abit of Weevil Underwood (Insector Haga) in you? Then this new Instructor Insect deck featuring Seraphim Papillon may be just the deck for you! 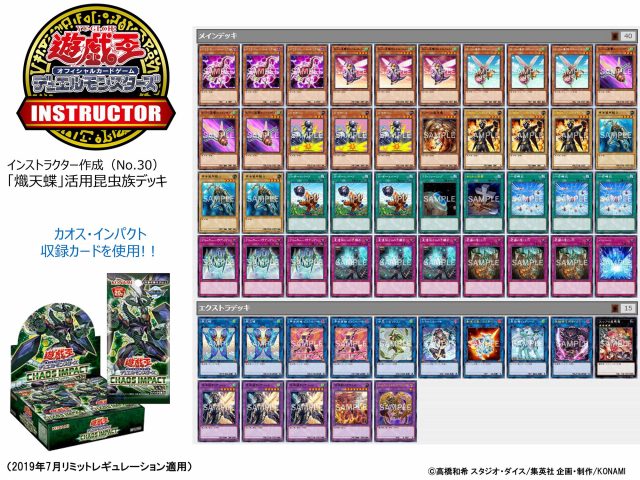 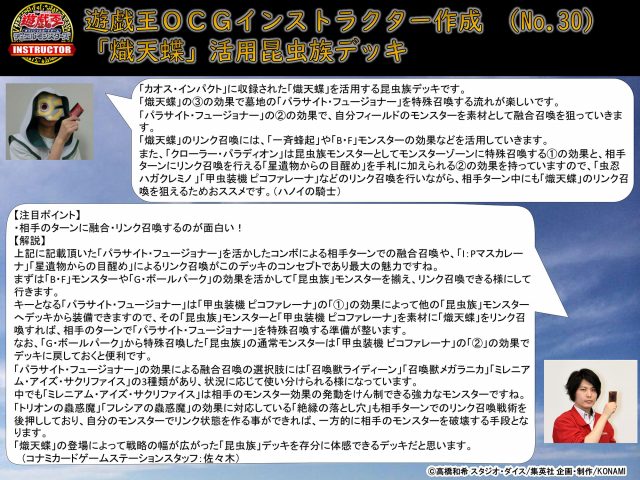 Concept:
This Insect deck uses the recently released Seraphim Papillon from Chaos Impact. Seraphim Papillon’s 3rd effect lets you Special Summon Fusion Parasite, which then lets you use monsters on your field as materials for a Fusion Summon.

Seraphim Papillon’s link summon can be done by making use of the effects of Summoning Swarm and Battlewasp monsters. Furthermore, Crusadia Krawler can be summoned to the field as an Insect monster while World Legacy Awakens can be added to hand via Crusadia Krawler’s effect to let you Link Summon during your opponent’s turn. Insect Shinobi Hagakuremino and Inzektor Picofalena can be link summoned while you should aim to Link Summon Seraphim Papillon on your Opponent’s turn.