一、十、百、千、万丈目サンダー!! Here’s a look at a new Ojama deck that locks up your opponent’s zones together with the help of a new card from Chaos Impact, Bangpoline! 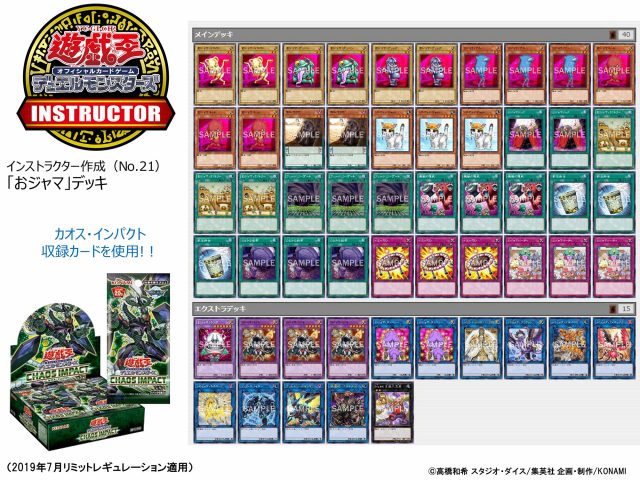 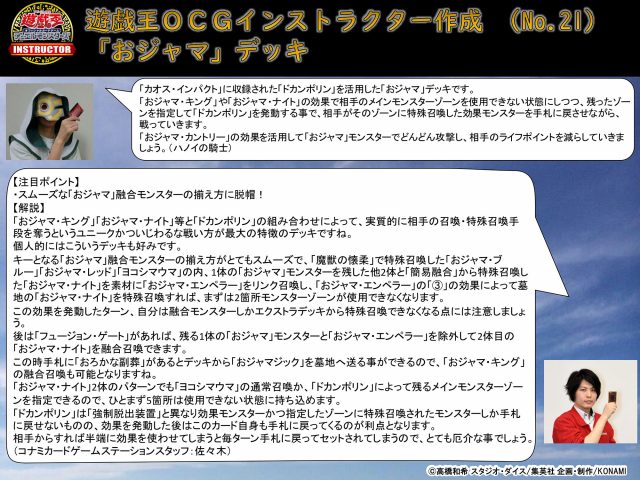 Concept:
This Ojama deck makes use of the new Bangpoline card from Chaos Impact. Ojama King or Ojama Knight‘s effect  lets you lock up multiple of your opponent’s Main Monster Zones and their remainder zones can be targeted by Bangpoline, bouncing back their monsters when they Special Summon an Effect monster.

Making use of Ojama Country’s effect, attack with your Ojama monsters, taking down your opponent’s life points.