There has been a lot of new ritual support lately so how about an update of the ritual deck, this time throwing in Gizmek Misaki, the Avian Apex Ascender! 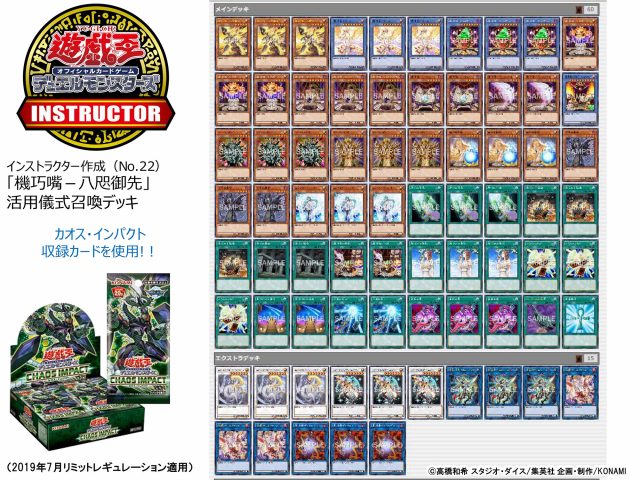 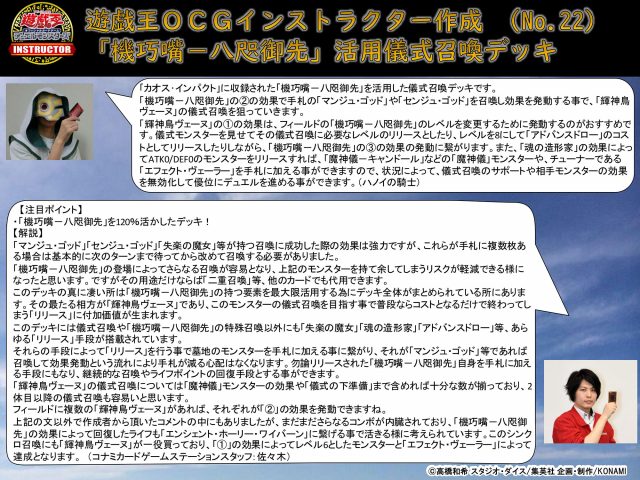 Spirit Sculptor can also be used to tribute a monster with 0 ATK / 0 DEFto search for Impcantation Candoll or any other Impcantation monster, or Effect Veiler, allowing you to either ritual summon or get to negate your opponent’s monster effects to maintain your advantage in the duel.