Instructor Deck – The Calculator with Bulge, the Spiral Dragon

This is definitely 1 unique deck that you should take a look at! This deck makes use of The Calculator, along with Bulge, the Spiral Dragon,  ABCs, Ojamas, and it even has Exodia too! 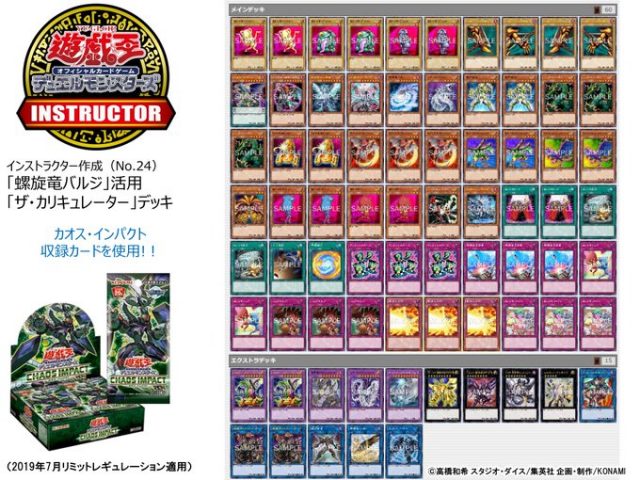 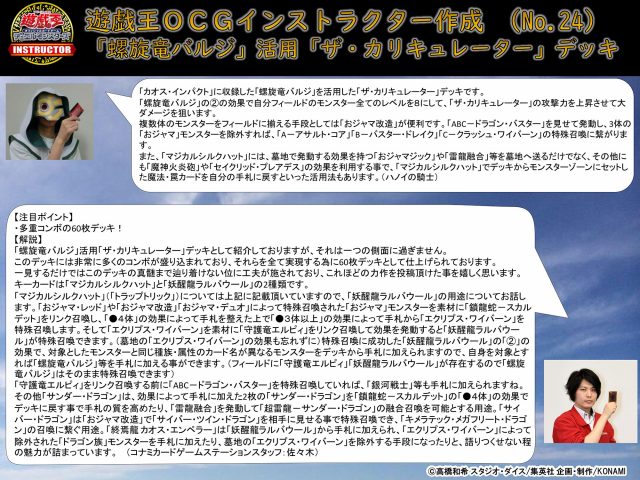 Concept:
Bulge, the Spiral Dragon‘s 2nd effect can make all monsters on your field level 8, greatly increasing the attack of The Calculator to deal large amounts of damage.

Ojamassimilation can help you assemble multiple monsters on the field easily, by revealing ABC-Dragon Buster and banishing 3 Ojama monsters, you will get to Special Summon A-Assault Core, B-Buster Drake & C-Crush Wyvern.

Magical Hats will also help you get Ojamagic and Thunder Dragon Fusion which have Graveyard effects into the Graveyard. Also, Obliterate!!! and Constellar Pleiades can help you return the Spell or Trap cards which you set via Magical Hats back to your hand!