First proper card reveal for the Jump Festa Limited Pack 2020 and we got a rather interesting trap! 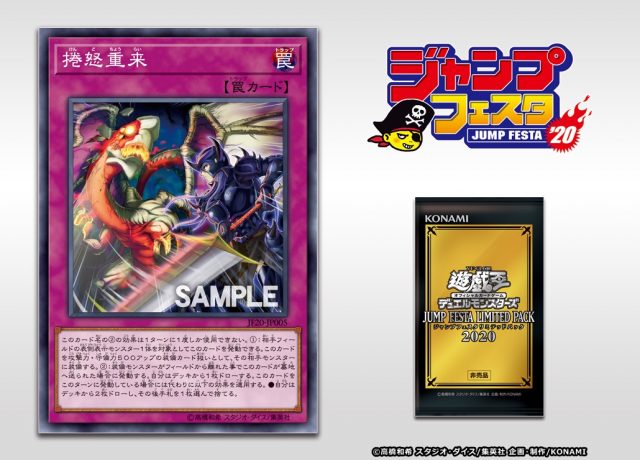 Kendochourai
Normal Trap Card
You can only use the (2) effect of this card’s name once per turn.
(1) Target 1 face-up monster your opponent controls; Equip this card to that target. It gains 500 ATK/DEF.
(2) If this card is sent to the GY as a result of the equipped monster leaving the field: Draw 1 card, OR if you have activated this card this turn, draw 2 cards, then discard 1 card instead.

NOTE: The name of the card is a pun on the expression 捲土重来 (kendojuurai or kendochourai) which means attempting again with redoubled efforts. The etymology of the word is basically “shroud”, “dirt”, “again” and “coming”, resembling a defeated army attempting once again while arising from a cloud of dust from their previous failure. Except instead of dirt, this card is using 怒 (anger). So instead of simply being covered in dirt, this new attempt is being made while shrouded in anger.