Hong Kong Duelists can prepare your decks, Ranking Tournaments are due to resume in Hong Kong! 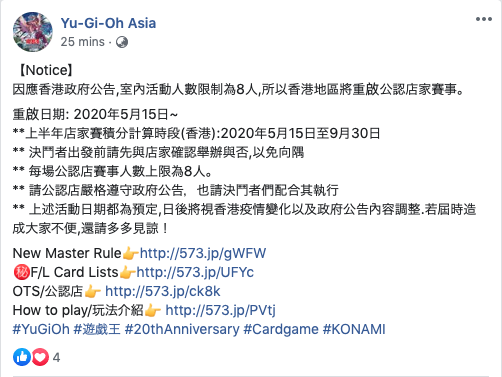 Prior to heading to the Ranking Tournament venue, Duelists are advised to check with the card stores hosting the event, especially due to the restriction of 8 players. Stores will also need follow the government’s advisory for running of events and participants are also requested to adhere to the requirements.

The post finally notes that the resuming of events in Hong Kong is also subject to the Hong Kong situation and government advisory and may change accordingly.