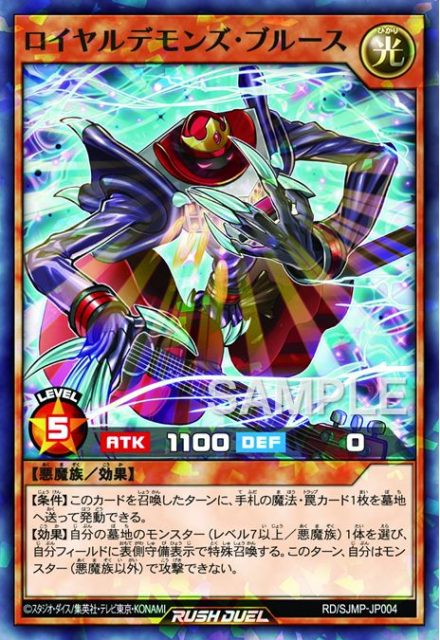 RD/SJMP-JP004 ロイヤルデモンズ・ブルース (Royal Demon’s Blues)
LIGHT Fiend / Effect
LV5 1100/0
[Requirement] During the turn in which this card is Normal Summoned, you can send 1 Spell or Trap Card from your hand to the Graveyard.
[Effect] Choose 1 monster (Level 7 or higher/Fiend-Type) in your Graveyard and Special Summon it in face-up Defense Position. This turn, you cannot attack with monsters (except Fiend-Type).
-Rush Duel-