A new B.E.S is due for release in the upcoming Rising Rampage Booster Pack! I know someone is going to be excited to use this card! 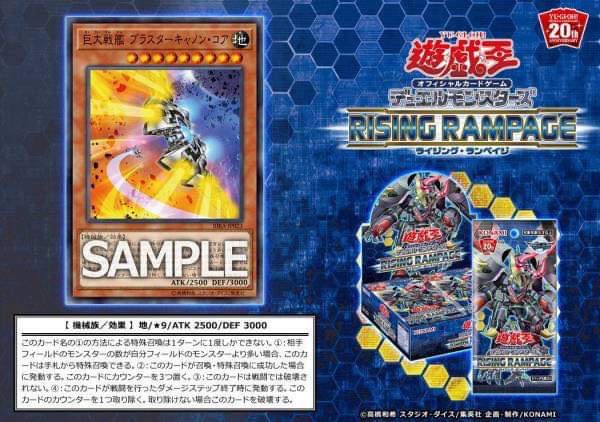 RIRA-JP023 巨大戦艦 ブラスターキャノン・コア Kyodai Senkan Blaster Cannon Core (B.E.S. Blaster Cannon Core)
Level 9 EARTH Machine Effect Monster
ATK 2500
DEF 3000
A card with this card’s name can only be Special Summoned by its (1)st effect once per turn.
(1) If your opponent controls more monster than you, you can Special Summon this card (from your hand)
(2) If this card is Normal/Special Summoned: Place 3 counters on this card.
(3) This card cannot be destroyed by battle.
(3) At the end of the Damage Step, if this card battled: Remove 1 counter from this card. If you cannot, destroy it.