You like support for past themes, like say, a Continuous Trap version of Miracle Fusion for Shaddolls that you can use once per turn?!? Or perhaps another version of Umi? Well here’s all that good stuff and more confirmed for Rise of the Duelist!! 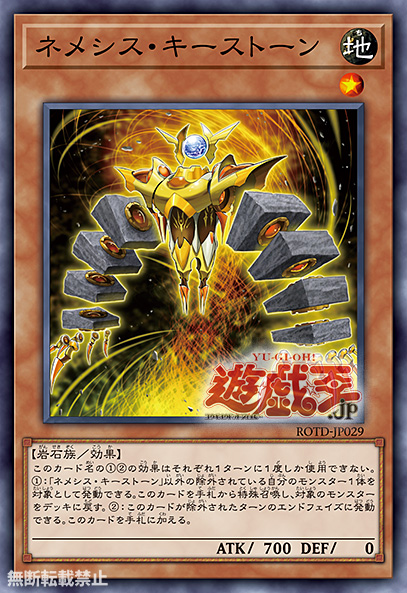 Nemesys Keystone
Earth Rock / Effect
LV1 700/0
You can only use this card name’s (1) and (2) effects once per turn each.
(1) You can target 1 of your banished monsters, except “Nemesys Keystone”; Special Summon this card from your hand, and if you do, shuffle the target into the Deck.
(2) During the End Phase, if this card is currently banished, and was banished this turn: You can add it to your hand. 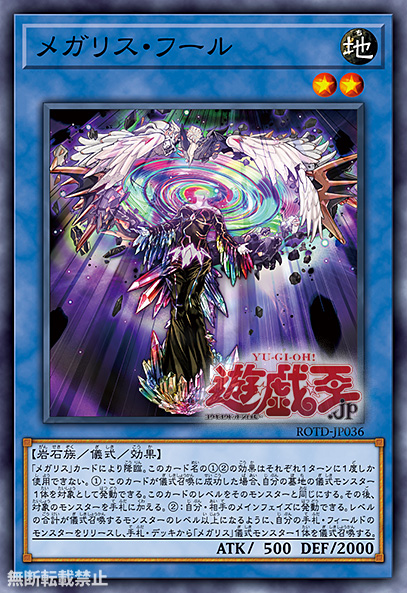 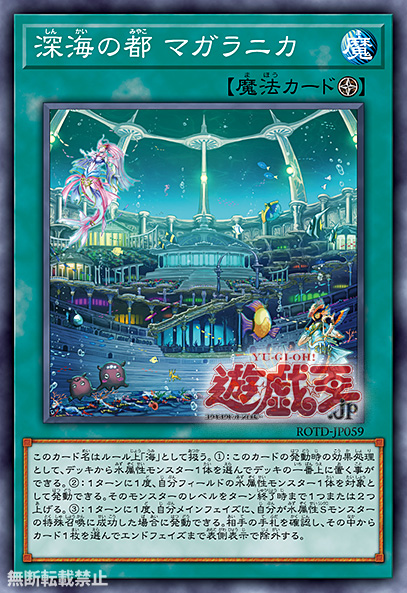 Shinkai no Miyako – Magallanica / Magallanica, the Deep Sea City
Spell Field
(This card is always treated as “Umi”.)
(1) When this card is activated: You can place 1 WATER monster from your Deck to the top of your Deck.
(2) Once per turn: You can target 1 WATER monster you control; increase its Level by 1 or 2 until the end of this turn.
(3) Once per turn, if you Special Summon a WATER Synchro Monster(s) during your Main Phase: You can look at your opponent’s hand, and if you do, banish 1 card from it face-up until the End Phase. 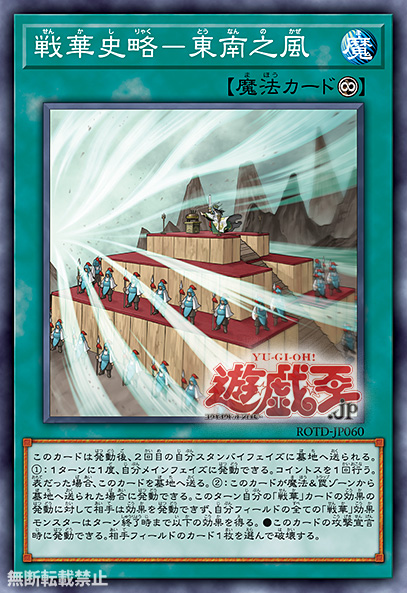 Senka Shiryaku – Tounan no Kaze / Ancient Warriors Saga – Southeast Winds
Spell Continuous
Send this card to the GY during your 2nd Standby Phase after activation.
(1) Once per turn: You can toss a coin once, and if the result is heads, send this card to the GY.
(2) If this card is sent from the Spell & Trap Zone to the GY: You can activate this effect; for the rest of this turn, your opponent cannot activate cards or effects in response to your “Ancient Warriors” effects’ activations, also all “Ancient Warriors” Effect Monsters you control gain this effect.
– When this card declares an attack: You can destroy 1 card your opponent controls. 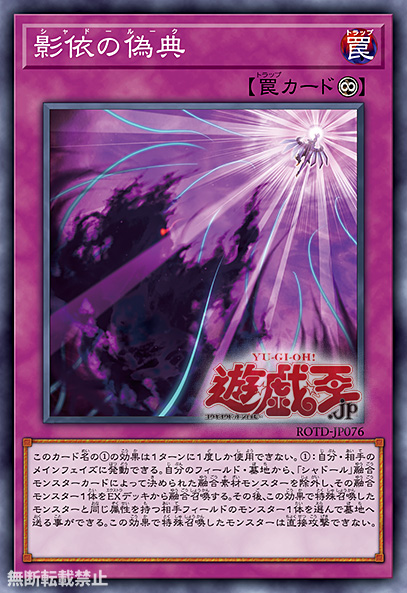 Shaddoll Ruq
Trap Continuous
You can only use this card name’s (1) effect once per turn.
(1) During the Main Phase: You can Fusion Summon 1 “Shaddoll” Fusion Monster from your Extra Deck, by banishing Fusion Materials listed on it from your field or GY, but it cannot attack directly, then you can send 1 monster your opponent controls with the same Attribute as the Summoned monster to the GY.

Tagged with: Rise of the Duelist