More artwork is out for Rush Duel, with what seems to be a metal dragon! 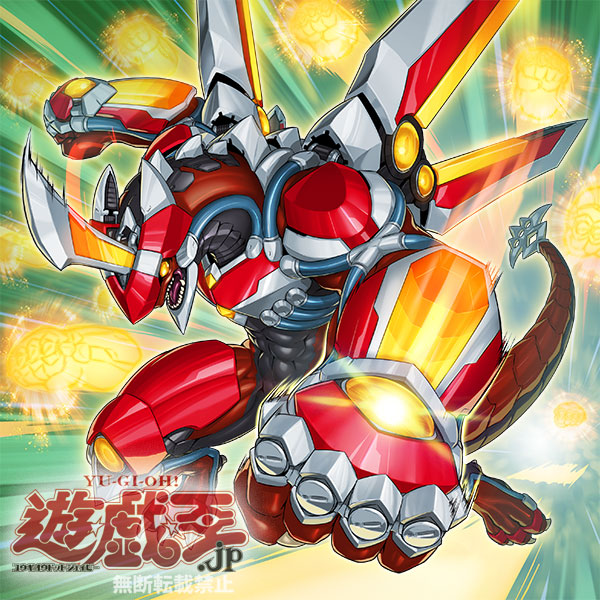 Shocklead Dragon will be included in the Deck Modification Pack: Shocking Lightning Attack which releases on August 1, 2020!

ビックリード・ドラゴン (Shocklead Dragon)
FIRE Dragon / Effect
LV7 1600/2500
[Requirement] You can send the top card of your Deck to the GY.
[Effect] The face-up monster your opponent controls with the highest ATK (all of them, if tied) loses ATK equal to [the highest ATK among face-up monsters you control] until the end of this turn. This turn, this card cannot attack, except on Attack Position monsters.