Some news just debuted this morning, just for the 3 Sacred Beasts Release Pack in their very own Structure Deck! 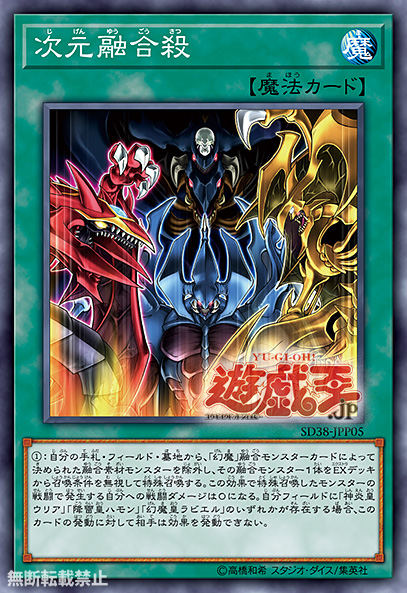 SD38-JPP05
Jigen Yuugou Satsu / Dimension Fusion Destruction
Spell Normal
(1) Special Summon 1 “Phantom” Fusion Monster from your Extra Deck, by banishing its materials from your hand, field, and/or GY, ignoring its Summoning conditions. You take no damage from battles involving the Special Summoned monster. If you control “Uria, Lord of Searing Flames”, “Hamon, Lord of Striking Thunder’, or “Raviel, Lord of Phantasms”, your opponent cannot activate cards or effects in response to this card’s activation.

The remaining cards for the Sacred Beast Release Packs are also announced. Also, all the cards in the pack also stand a chance to be available in Secret Rare.

The reprinted cards are: 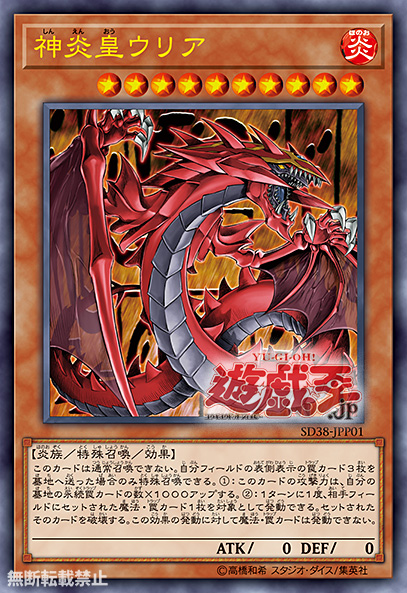 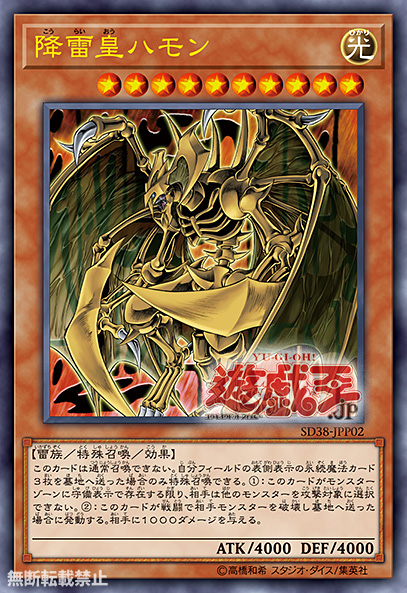 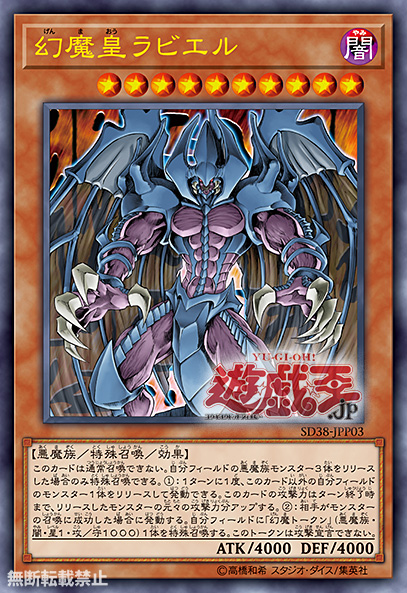 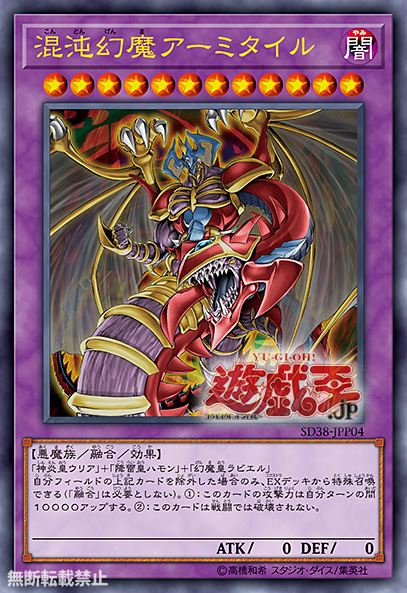 Source: Yu-Gi-Oh.Jp
Translated by: The Organization