The first half of Kazuki Takahashi’s new Marvel x Shonen Jump collaboration “Secret Reverse” manga is out and it has all the signs of a Yu-Gi-Oh! manga combined with Marvel! Read the manga here along with a synopsis of the manga!

Peter Parker and Tony Stark are both visiting the Japan Game Show, where Peter is accompanied by Masaru and Hiromi, who is also the daughter of Kaioh, the CEO of Kai-Oh Company. Kaioh Company has created a popular Card Game named “Secret Reverse” which is popular all over the world. Kaioh is holding a stage event which Hiromi invites them to.

At the event, Kaioh announces the “Deathal Machine” which promises to bring infinite possibilities to gaming. He invites Masaru and Tony on to the stage to try out the new machine. Masaru gets to pick a card which he can keep if Tony Stark wins in the game, though the card will be returned if Tony loses. Masaru picks “Samurai Metal” while Kaioh picks “Metal Twin Heads Lizard”. Kaioh explains the rule where Tony only has to hold the card Masaru picked for 1 minute to win the game.

When the game begins, Kaioh sets the “Metal Twin Heads Lizard” on the Deathal Machine, which allows him to use the power of Deathal to lift up Tony and make him drop the card. Tony Stark brings out his Iron Man gloves and attempts to use his Repulsors to destroy the machine, but Kaioh reminds Tony that the audience will be injured by the Repulsors. Kaioh then releases the stealth mode to bring out the “Deathal Dimensional Monster” (Typo in the manga to Monater), which brings monster in the card to life to fuse together with Kaioh.

The game ends after a minute, where Tony Stark has managed to hold on to the card and hands it over to Masaru. Kaioh announces that Secret Reverse will bring about a brand new future to the gaming world, where anybody who has the Deathal Machine will obtain great power. Kaioh then thanks Tony Stark for creating such a big advertisement effect at just the price of 1 card. Tony tells Kaioh that selling the machine to the world will be dangerous, but Kaioh reveals that he has plans to sell it to the military.

After the event, Hiromi reveals that 7 years ago Kaioh had just started the card business when a mysterious card appeared on his table miraculously. Ever since getting that card, her father changed  where he seemed to be controlled by the card and talked to the card, creating Secret Reverse after that. Hiromi also reveals that Kaioh was the one who asked Hiromi to invite Tony to the stage event and asks Tony to help save Kaioh. Tony agrees and says that the Deathal Machine is very dangerous as it can materialise monsters from cards to launch physical attacks. Meanwhile Peter asks Hiromi to cheer up while he decides to look into the mysterious card and machine.

Spider-Man who is hiding on the ceiling hears about the the entire plan. Deathal continues describing his world, which is a Machine World controlled by AI, and their true identity are super quantum lifeforms, which is also a combination of several million machine life forms. With Kaioh spreading cards all over the world, the monsters drawn in the cards will be projected as holograms which will also release the Super Quantum Machine lifeforms through the portal as dark entities. Through the fusion of Hologram Photons, an infinite amount of dark entities will be formed. Spider-Man is shocked at the plan of lifeforms from a different dimension utilising the materialisation of monsters from cards to take over the world.

Spider-Man uses his web to steal the Deathal card from the machine, but Kaioh reveals that he has another 80 copies of Deathal with him. Kaioh then sets a “Deathal Metal Eyes” card on the Deathal Machine that fuses with Kaioh to attack Spider-Man. Spider-Man asks them to bring it on. 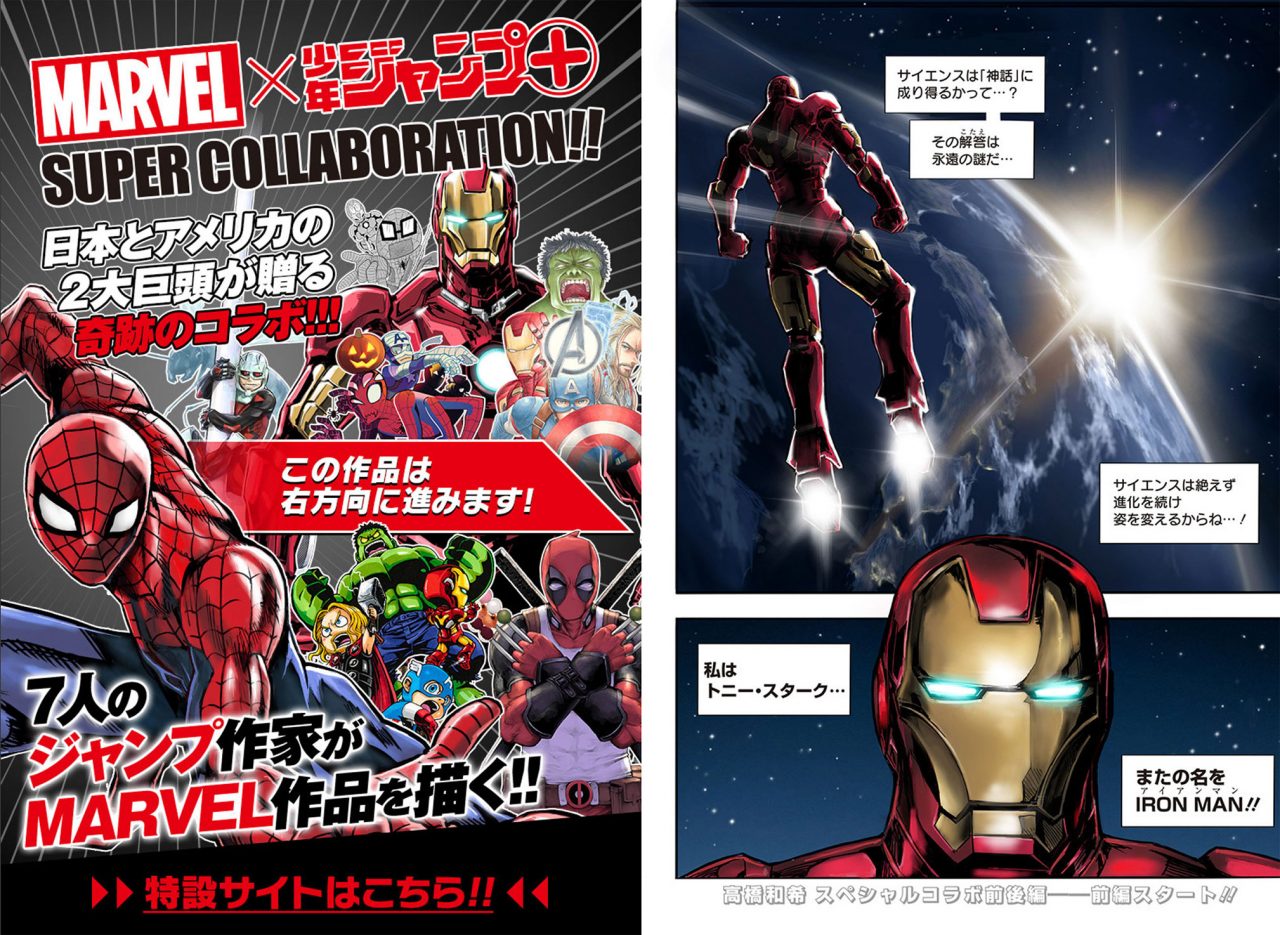 Head over to Shonen Jump Plus to read the full manga!