If you are a fan of LIGHT or DARK decks, this card is definitely going to be something you want to look at. Its a new Chaos Dragon!! 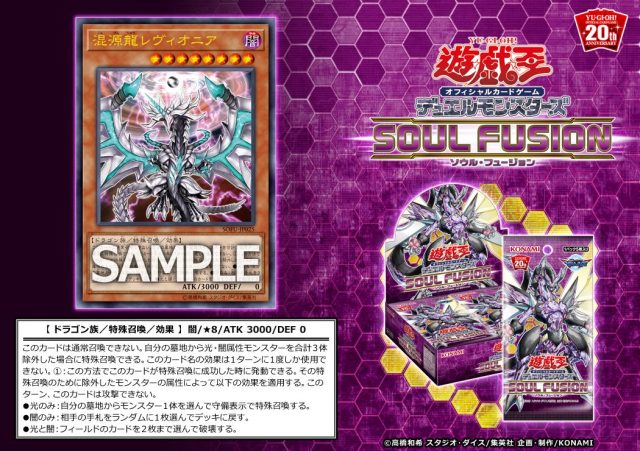 Levionia the Primordial Chaos Dragon
DARK Dragon / Effect
LV8 3000/0
Cannot be Normal Summoned/Set. Must first be Special Summoned by banishing a total of 3 monsters among LIGHT or DARK monsters in your Graveyard.
You can only use the following effect of a card with this card’s name once per turn.
(1) When this card is Special Summoned by the above method: You can have it gain one of the following effects according to the monsters that were banished for that Special Summon, but this card cannot attack during this turn;
-Only LIGHT monsters: Special Summon 1 monster from your Graveyard in Defense Position.
-Only DARK monsters: Return a card from your opponent’s hand to the Deck.
-LIGHT and DARK monsters: Destroy up to 2 cards on the field.