The previously announced Structure Deck Theme – Voting Campaign has begun with 20 whole themes to vote to include in an upcoming structure deck! 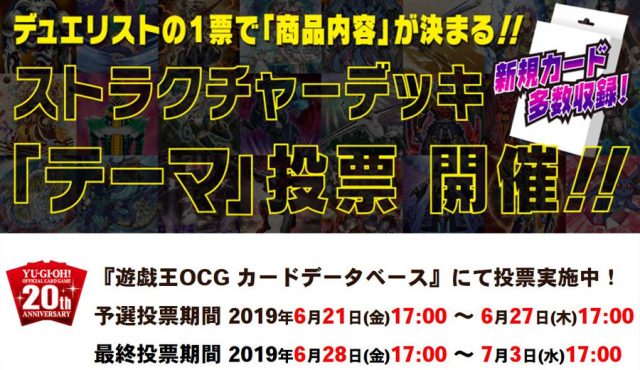 Voting for the next Structure Deck theme begins!

Results of the campaign will be revealed on July 3, 7.30pm (Japan time) on Twitter.

The winning theme structure deck will be released on December 7 at 1200 yen per deck.

For easy understanding, you can refer to this image when voting to know which theme to vote for.

To vote, login to your Konami ID then head over to the Japanese database linked here. Only 1 vote is allowed per person (If you vote multiple times, only the final vote will be considered).