TCG is also getting in on the voting contest fun! 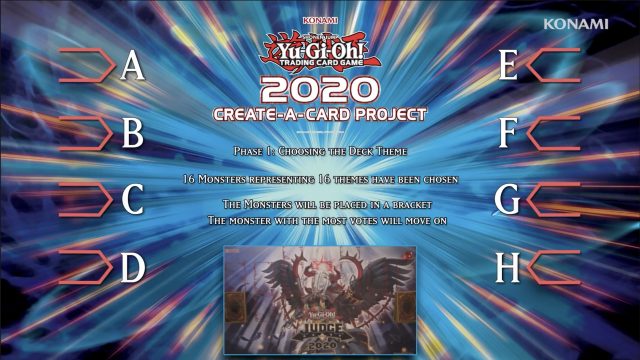 The TCG will be running a voting contest titled “2020 Create-A-Card Project” for a TCG World Premiere card which will be released in a 2021 product. The project will consist of 3 total phases where the first phase involves a single elimination style voting contest.

The 16 themes involved are as follows. 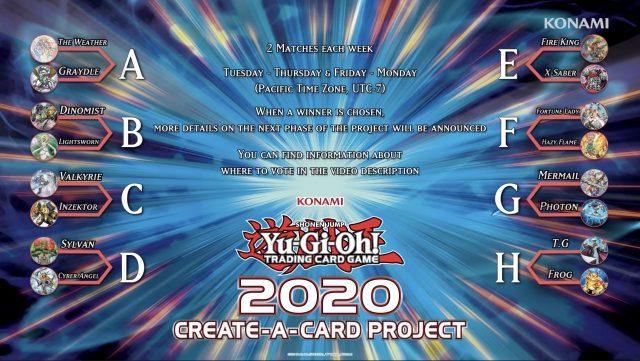 2 matches will be held every week, running from Tuesday – Thursday & Friday – Monday (Pacific Time Zone, UTC-7). The themes will face off against each other and the winner of the bracket will be decided via votes. Only the overall winning theme will move on to the next phase where only that theme will get the card made in 2021. The next phase will only be announced after the overall winner has been decided.

Weekly polls will be shared on the Official TCG Twitter for everyone to vote!