Tired of seeing your opponent setting up a field full of negation boss monsters? These new TCG World premiere cards have got you covered! 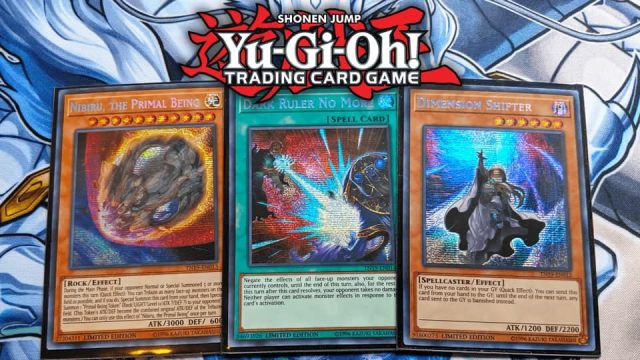 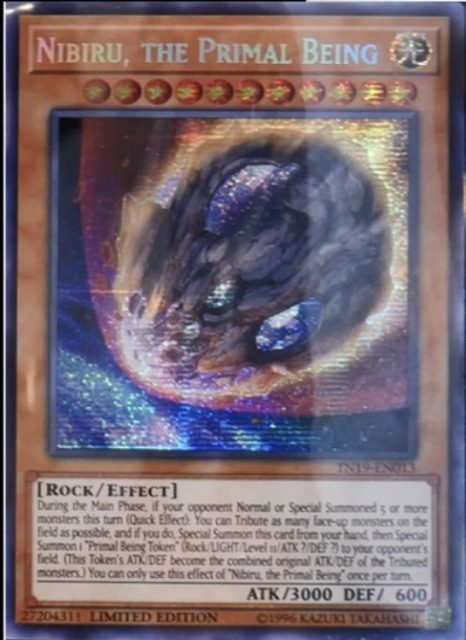 Nibiru, the Primal Being
LIGHT Rock / Effect
LV11 3000/600
During the Main Phase, if your opponent Normal or Special Summoned 5 or more monsters this turn (Quick Effect): You can Tribute as many face-up monsters on the field as possible, and if you do, Special Summon this card from your hand, then Special Summon 1 “Primal Being Token” (Rock/LIGHT/Level 11/ATK ?/DEF ?) to your opponent’s field. (This Token’s ATK/DEF become the combined original ATK/DEF of the Tributed monsters.) You can only use this effect of “Nibiru, the Primal Being” once per turn. 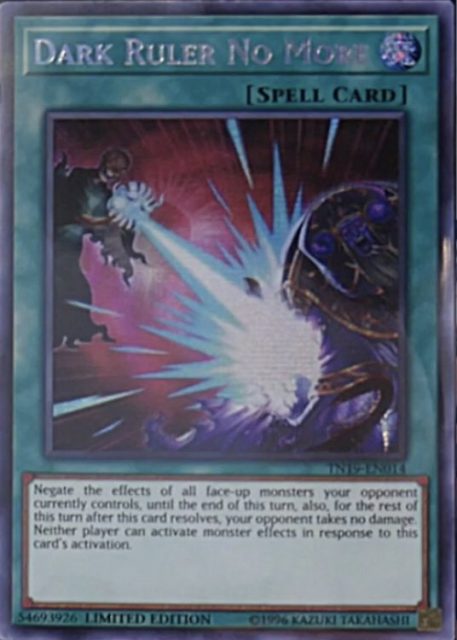 Dark Ruler No More
Normal Spell
Negate the effects of all face-up monsters your opponent currently controls, until the end of this turn, also, for the rest of this turn after this card resolves, your opponent takes no damage. Neither player can activate monster effects in response to this cards’ activation. 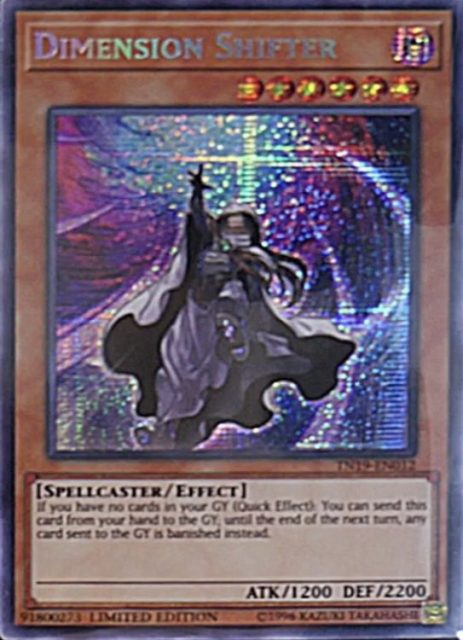 Dimension Shifter
DARK Spellcaster / Effect
LV6 1200/2200
If you have no cards in your GY (Quick Effect): You can send this card from your hand to the GY: until the end of the next turn, any card sent to the GY is banished instead.

One thought on “[TN19-TCG] Nibiru, the Primal Being, Dark Ruler No More & Dimension Shifter”