The next Vjump promotional card has just been announced! It looks like it will be used to support Beasts, Beast-Warriors, and Winged-Beasts types!

Update: The effect is out! 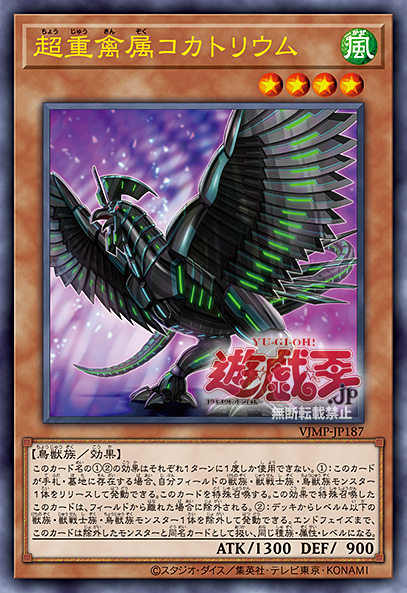 VJMP-JP187 超重禽属コカトリウム (Cockathorium, the Superheavy Shining Soarer)
WIND Winged Beast / Effect
LV4 1300/900
You can use each effect among the (1)st and (2)nd effects with this card’s name only once per turn.
(1) If this card is in your hand or GY: You can Tribute 1 Beast, Beast-Warrior, or Winged Beast monster; Special Summon this card (but banish it when it leaves the field).
(2) You can banish 1 Level 4 or lower Beast, Beast-Warrior, or Winged Beast monster from your Deck; until the End Phase, this card’s name, Type, Attribute, and Level all become that monster’s. 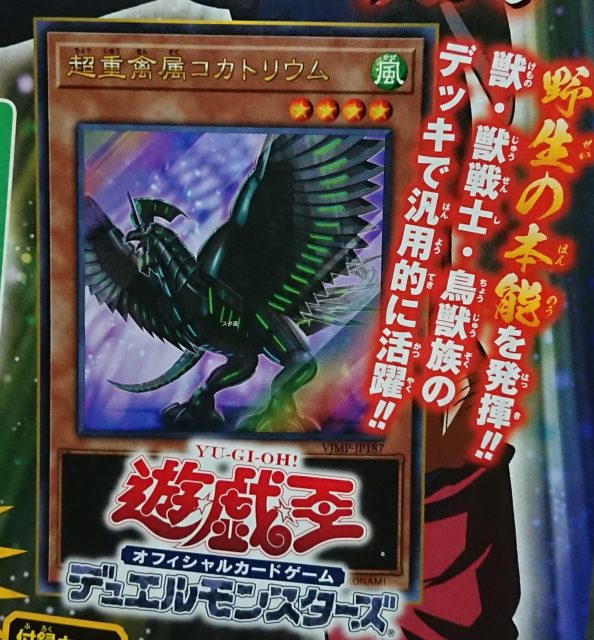 The advice given in this image is that, It synergizes well with the Structure Deck “Dragunity Drive R”, according to V Jump. 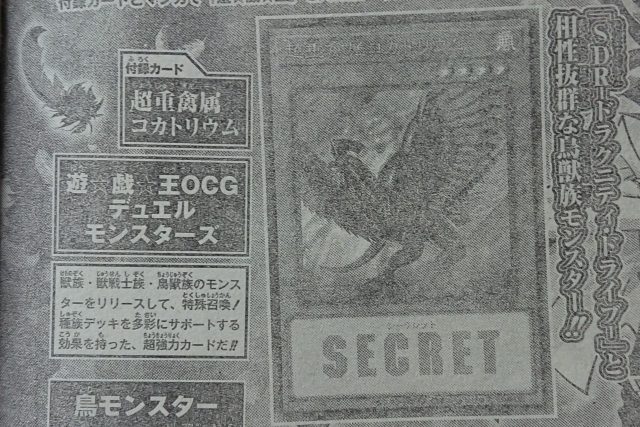 Update: Some additional info for this promotional card just got revealed where it supposedly special summons itself by tributing a Beast, Beast-Warrior or Winged Beast monster! It also has an effect that is meant to support monster type specific decks!

Source: Starlight
Translated by: The Organization