More original Yu-Gi-Oh! love is coming as we get new forms of Time Wizard, Harpie Lady and Jinzo in the form of promotional cards!

Similar to the Victory Pack – Legend of Red-Eyes, the following 3 cards will be included in a “Prismatic Special Pack” that you can order using an order from in the July issue of VJump (Released in May 21)! 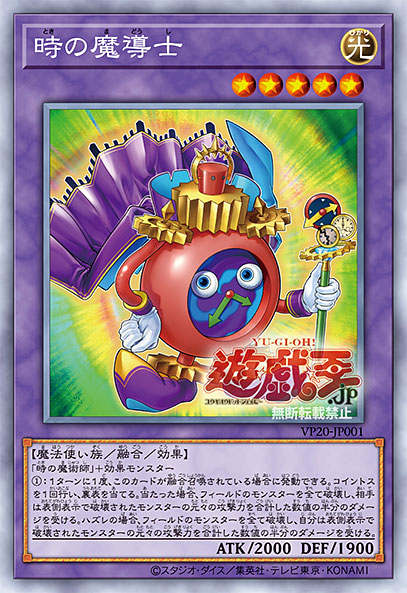 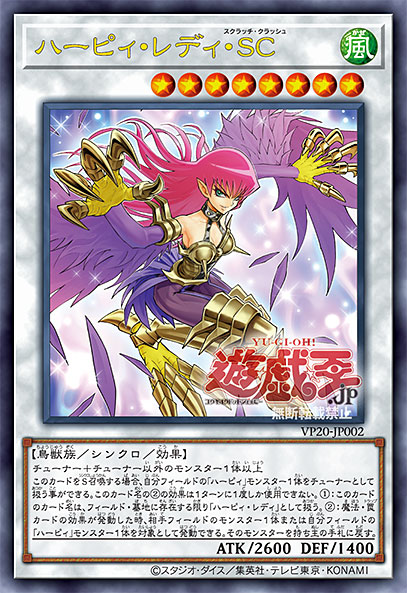 VP20-JP002 ハーピィ・レディ・SC (Harpie Lady Scratch Clash)
WIND Winged Beast / Synchro / Effect
LV8 2600/1400
Materials: 1 Tuner + 1+ non-Tuner monsters
For this card’s Synchro Summon, you can treat 1 “Harpie” monster you control as a Tuner. You can only use this card name’s (2) effect once per turn.
(1) This card’s name is treated as “Harpie Lady” while it is face-up or in the GY.
(2) When a Spell/Trap Card or effect is activated (Quick Effect): You can target 1 monster your opponent controls or 1 “Harpie” monster you control; return it to the hand.

VP20-JP003 人造人間-サイコ・レイヤー / Jinzo – Layer
DARK Machine / Xyz / Effect
RK6 2400/1500
Materials: 2 Level 6 monsters
You can only use this card name’s (1) and (2) effects once per turn each.
(1) You can detach 1 material from this card, then target 1 face-up monster your opponent controls; gain control of that monster until the End Phase, but it cannot activate its effects, nor can it attack.
(2) If there is a Trap Card on the field: You can Tribute 1 monster, and if you do, destroy 1 face-up card on the field.