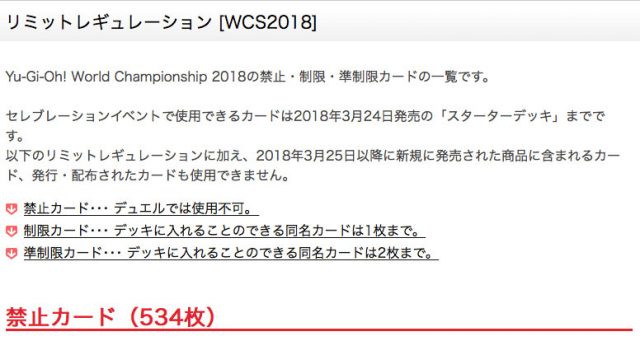 As per last year, OCG players will be allowed to use products released up till Starter Deck 2018, which was released on March 24, 2018. Cards from products released on or after March 25, 2018 will not be allowed to be used, as well as many of the normal monsters released in the early days, which have not yet been released in the TCG. Cards that are not legal in Europe are also not allowed, which all things considered is the reason for a massive 534 banned cards.

After removing those products, combine the lists for OCG and TCG, where the least amount of a specific card listed on either lists will be allowed.
(E.g. Inzektor Hornet is unlimited in the OCG Limit Regulation, but limited to 1 in the TCG Forbidden list. Hence only 1 copy of Inzektor Hornet will be allowed)