The new promotional card, Legendary Exodia, from the upcoming Monster Art Box has just had its effect revealed where it… lets the opponent of this card’s controller… win the duel?? 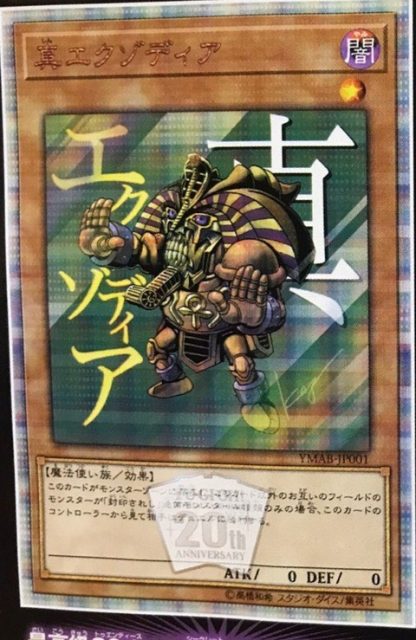 Shin Exodia (Legendary Exodia)
DARK Spellcaster / Effect
LV1 0/0
(If this monster is on the field, and all other monsters on the field are exactly 4 “Forbidden One” Normal Monsters with different names, the opponent of this card’s controller wins the Duel.)

Note that the effect is not 100% confirmed because of the 20th Secret Rare imprint blocking some of the text. However the additional info text box provided confirms that the opponent of the card’s controller is the one that wins the duel.