The beta for Yu-Gi-Oh! Cross Duel is live and we now know more about the game! 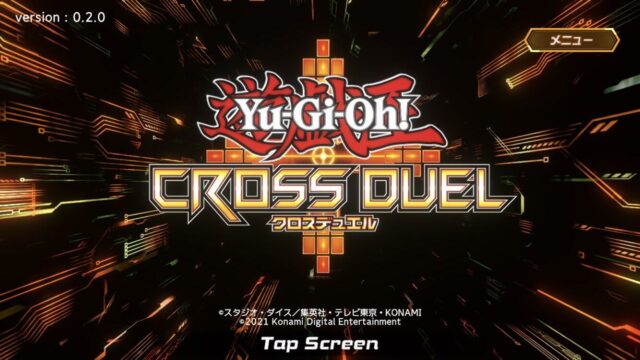 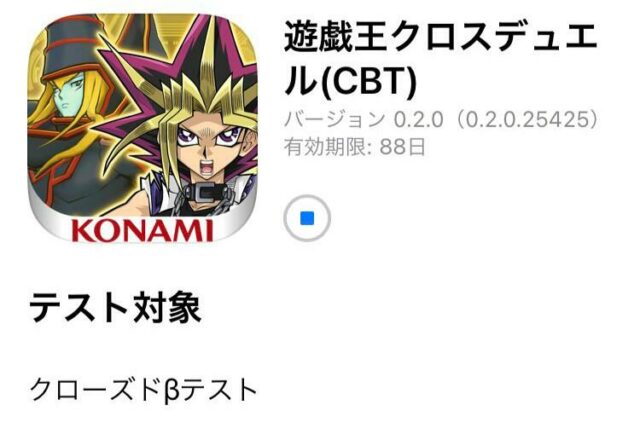 The Cross Duel Beta is live as of today!

At the start, you get to choose an Ace monster from the above 5.

Stardust Dragon and Number 39: Utopia are available as Ace normal monsters. Here is their flavour text provided by the game.

Stardust Dragon
Level 8 normal monster
One of the dragons that is said will appear to serve a possessor of the Mark of the Dragon. Selflessly serving as a shield for its allies, it stands as a symbol for the power of friendship.

Number 30: Utopia
Level 7 normal monster
One of the “Number” monsters, the fragments of Astral’s memory. It brings hope to those who have entrusted their dreams to its white wings of light. 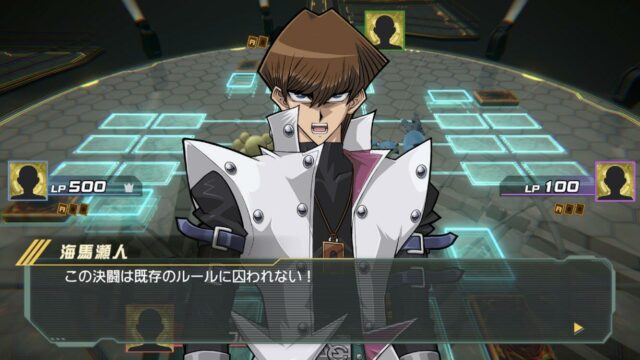 Kaiba will introduce the rules of Cross Duel to you at the start of the game.

All players share the same turn, with all monsters being summoned, battling all at the same time.

There are no limits to the amount of normal summons you can do per turn.

1 card is drawn per turn. 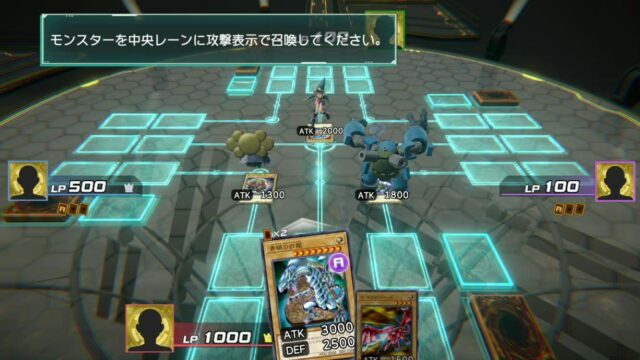 Each monster takes 2 turns to travel from your field to the opponent’s field. All monsters will move at the same time across all lanes for all 4 players. 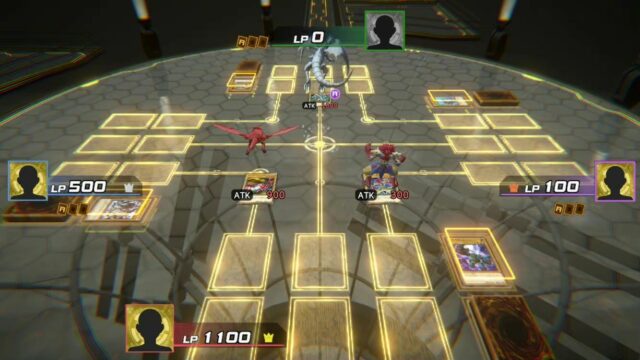 When you attack an opponent’s monster, the opponent or your monster’s attack is reduced instead (similar to the concept of HP)

Your opponent’s LP is only deducted when your monsters attack them directly.

When you deal damage to your opponent, you will recover the same amount of LP. 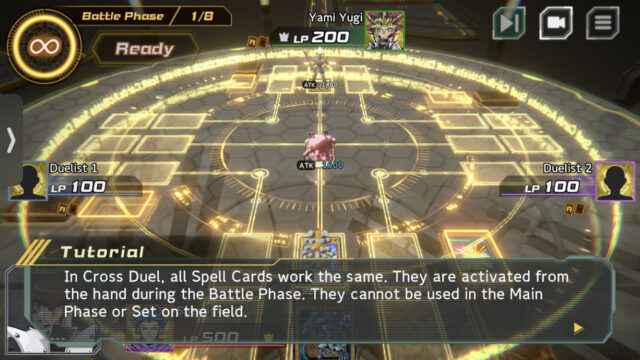 Spell cards are activated from hand directly in the battle phase. They cannot be used in the main phase or set.

Trap cards are set during the main phase and activated automatically upon conditions being met.
(For example, you select a spot when setting Traphole. When the opponent’s monster moves to that specified spot, Traphole will automatically activate. 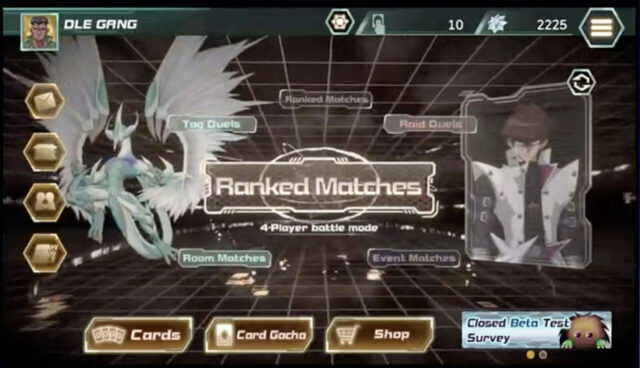 Multiple modes are available in the game, including Ranked, Tag Duels, Raid Duels and more. 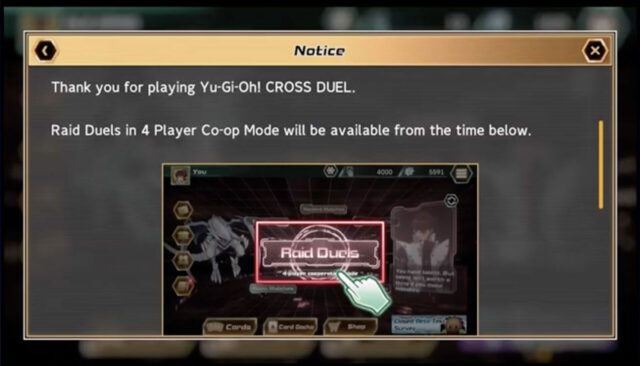 Raid Duels are currently unavailable. They are only available from 11 October onwards.

A look at some of the monsters available in the game.

Various monsters have different types of skills. For example the specialty skill of Dark Magician allows you to deal damage to all your opponents when you activate a spell card.

Stardust skill allows your destroyed low level monsters to be returned to the hand. 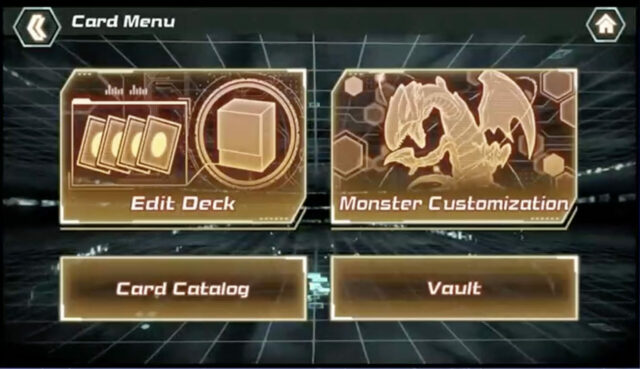 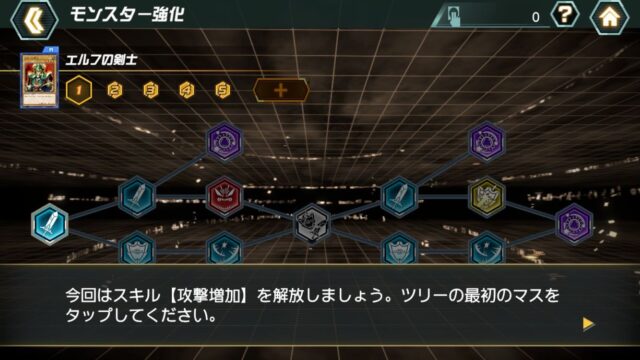 Skills can be unlocked for your monsters. To unlock the skill, materials are required that you can obtained from clearing missions in the game.

In the above example, Stardust Dragon has the ATK Boost skill which increases its attack by 200.

Many different monsters have skills different from their IRL cards.

The same goes for other card types aside from monsters. 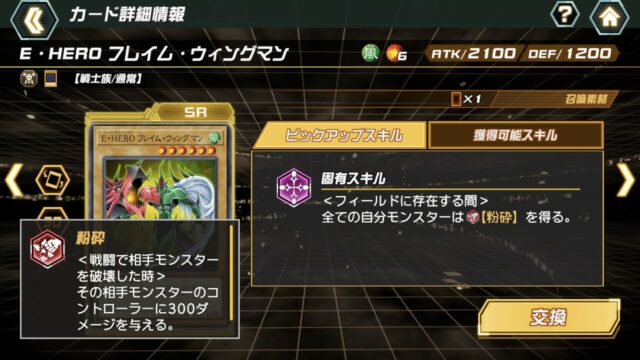 Elemental HERO Flame Wingman has a pickup skill which gives “Crush” to all of your monsters while it is on the field. Crush deals 300 damage to the opponent when the monster battles and destroys an opponent’s monster. 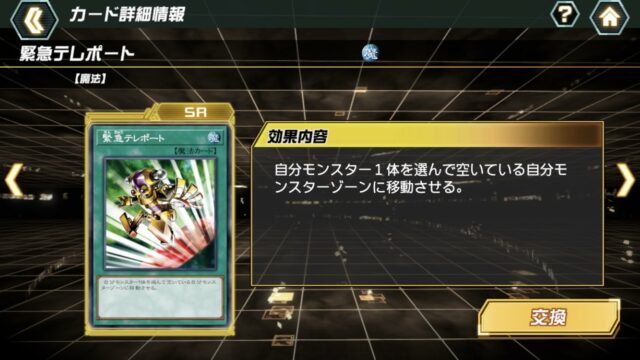 Emergency Teleport allows you to move 1 of your monsters to 1 of your empty monster zones. 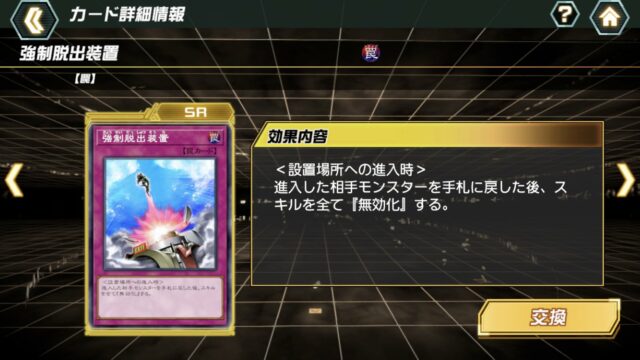 Compulsory Evacuation Device: When an opponent’s monster enters the specified spot, it is returned to hand and all it’s skills are “negated” 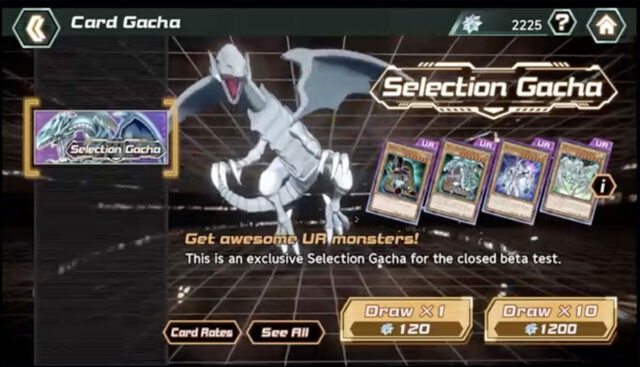 Get more cards from the Gacha! 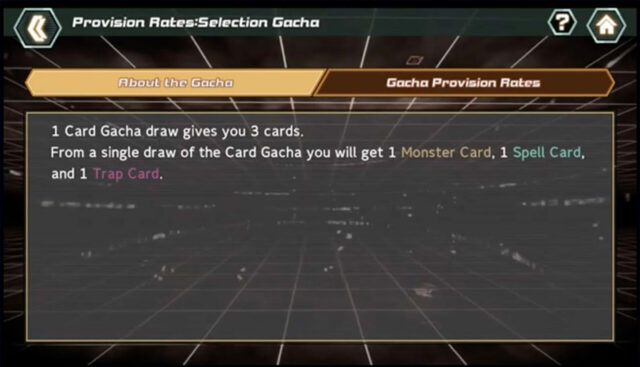 You can obtain 3 cards per Gacha draw

As you can only play 1 copy of each card in your deck, all duplicate cards you obtain will go to the vault, which you can use as materials for unlocking skills, card trading or converting to medals. 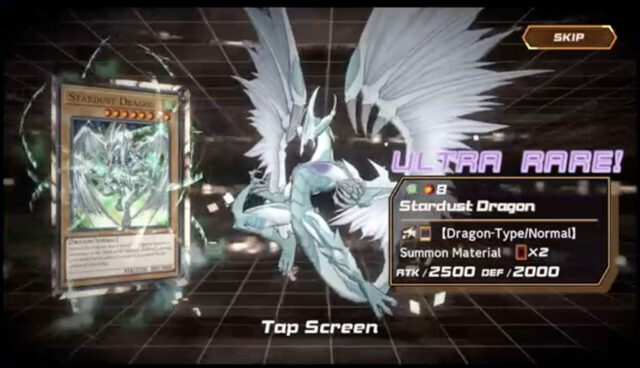 Stardust Dragon is an Ultra Rare card you can obtain from the Gacha.

In this example, you need 2 monsters to tribute to summon it.

The summon materials do change as the monsters get customised.

The monster type also changes, where for example Stardust Dragon becomes a synchro monster and gains a white border after it gains an effect.

A character list is shown, which seems to indicate that characters from all the 7 anime series will be available in the future. 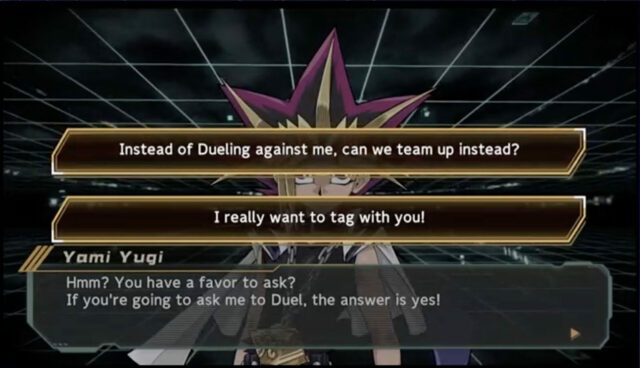 Various partners are available for you to tag with, though it seems to only be available up to Zexal for now. 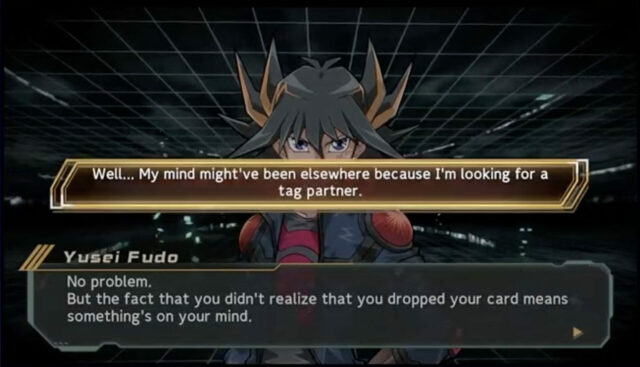 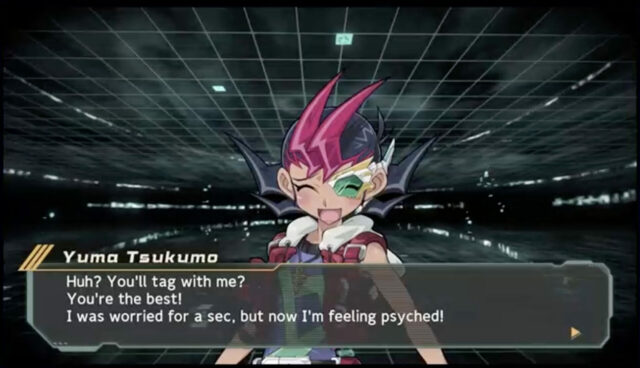 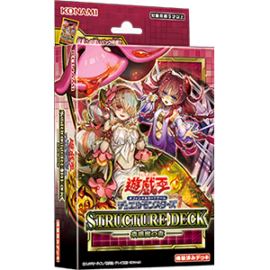 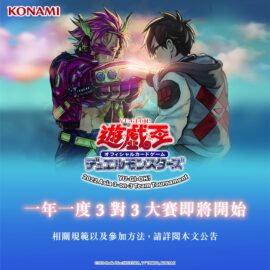 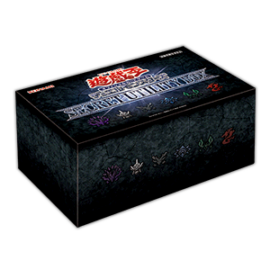 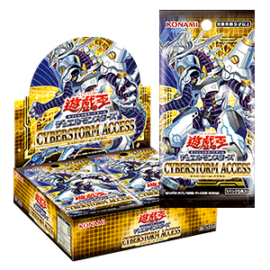 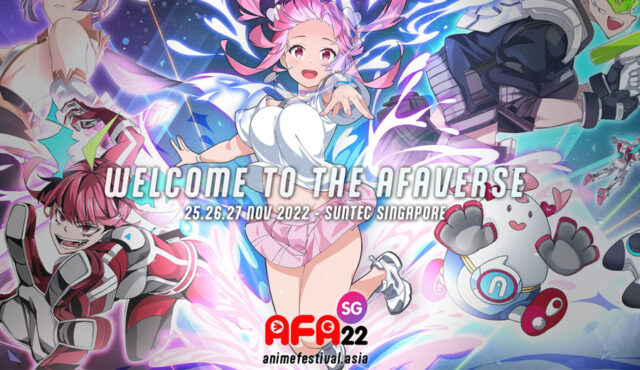 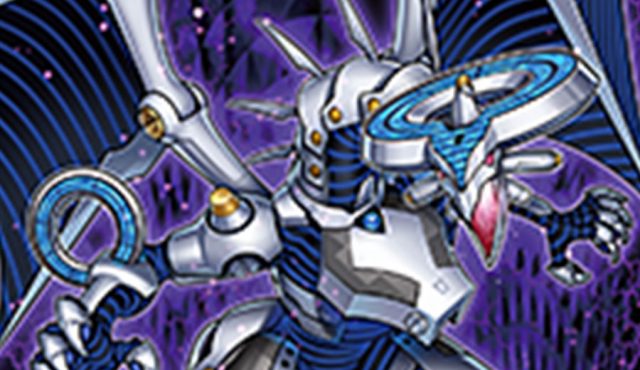